​​Quebec to impose financial penalty against unvaccinated, and minorities just for funsies 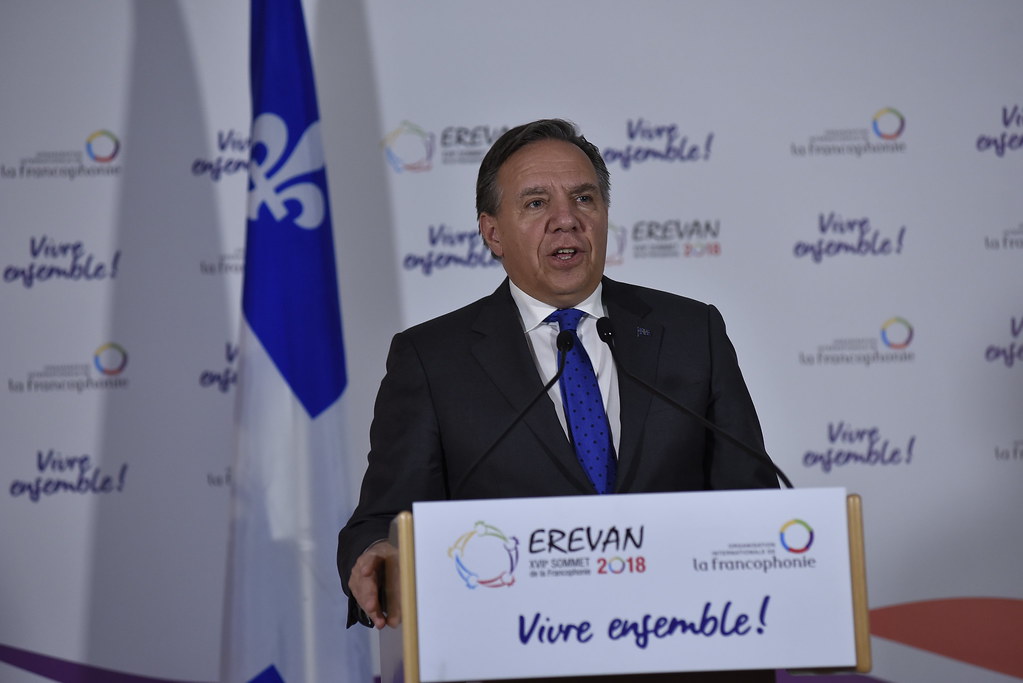 QUÉBEC CITY – The province of Québec has announced plans to charge a tax on unvaccinated citizens who make up the bulk of COVID hospitalizations, as well as visible religious minorities “just for the heck of it”.

During a news conference Premier François Legault defended his decision to impose financial penalties on vaccine resistors and also people whose religions weird him out. “For too long the vast majority of the population has made sacrifices, whether it is to get their vaccines or to have to put up with seeing some strange lady brazenly wear a hijab.”

Premier Legault added, “Charging this so-called ‘health tax’ will hopefully encourage all Québécois to get vaccinated, and while we’re at it adding a little financial fuck you to visible minorities seems really on brand for us.”

Hoping to pre-empt any criticism, Legault explained, “This is not about racism. The unvaccinated are costing our healthcare system more money, and denying people their freedom of religion can get expensive too!”

While the new financial penalty legislation is still being written, sources report the Québec Legislature plans to save time by just find/replacing the word “Unvaccinated” with “Religious Weirdos”. An asterix at the bottom of the page has been proposed to clarify “*Normal religions exempted”.

Across the province of Québec, response to the Unvaccinated/Minority two-for-one combo tax has been mixed.

“I believe financial penalties like this create division, and will reduce some Québécois to second class citizens,” said anti-vax advocate Bernard Duhaime. “As for the tax on minority religions, strongly in favour.”

“Great, now I can pay this extra tax with the money I’m not making after I got fired from my teaching job for wearing a headscarf,” explained Radhia Sharif of Montréal.

Back at the Legislature, Premier Legault continued. “These are difficult days for the province of Québec, and introducing this Unvaccinated Health Tax was a tough decision that could further divide our people.”

“But I am hopeful I can counteract that through the one thing that has always united the people of Québec – sticking it to people who don’t look like us.”