A Historic Find: Archeologists Have Discovered The Original ‘Faith’ Sign That Hung Above Jesus’s Toilet 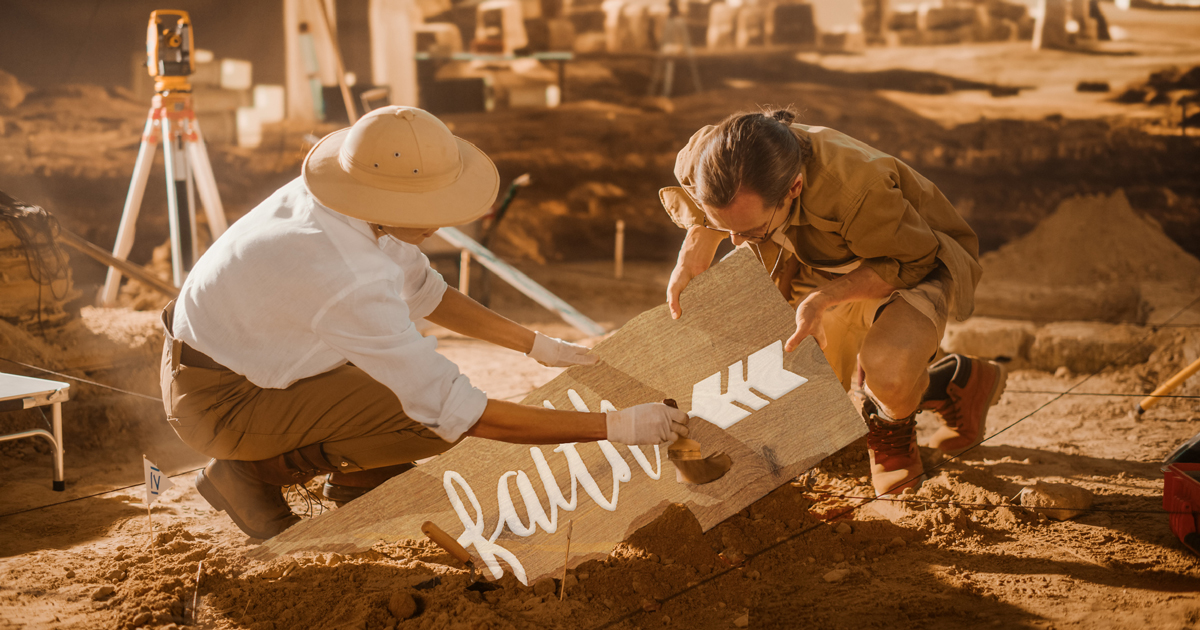 Okay, brace yourself, because an absolutely monumental discovery has just been made at an excavation site in Jerusalem: Archeologists have uncovered the original “Faith” sign that hung above Jesus’s toilet.

How cool is this?! What a historic find!

An archeological team from Cambridge University had been excavating a settlement where Jesus is believed to have resided at some point in his life, when they happened upon a piece of rustic, wood-based wall decor, featuring the word “Faith” painted in fanciful cursive, in the remains of ancient latrine. Using radiocarbon dating to determine the piece’s age, as well as preserved stool samples also found at the site, researchers finally confirmed it belonged to none other than Jesus Christ after discovering the initials of his apostle Peter carved into the back of the sign, who biblical scholars have long  presumed gave the piece to Christ as a housewarming gift. Several other pieces of wall decor belonging to Christ were found at the dig—including a second sign that read “Sometimes I Put Wine On My To-Do List So I’ll Get One Thing Done”—but according to researchers, the “Faith” sign offers a particularly valuable insight into Jesus’ day-to-day experience using his personal toilet.

“The significance that this ‘Faith’ sign must have held for Jesus, serving as a reminder of his mission from God each time he used the bathroom, cannot be understated,” explained lead researcher Franklin Morris, emphasizing that the latrine’s worn condition suggests Jesus spent enormous amounts of time sitting on the toilet below the ‘Faith’ wall art, where he was likely  contemplating his own faith in the time leading up to his crucifixion. “This is a Holy Relic on par with the Shroud of Turin, the Crown of Thorns, and the ‘Home Is Where Mom Is’ framed canvas that Mother Mary was gifted at her baby shower. Make no mistake, we’ve stumbled into a profound artifact of Christian history.”

It just goes to show that we still have so much to learn about Jesus Christ’s brief but impactful time on earth. Let’s give it up for these archeologists for making the find of the century!