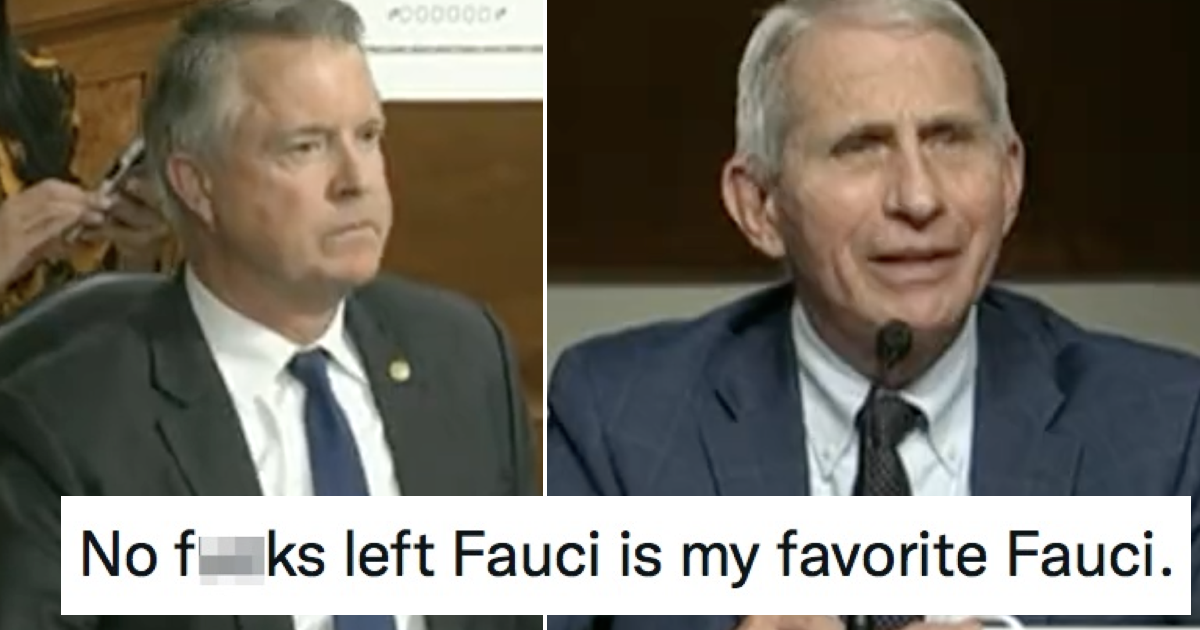 To the United States, where Dr Anthony Fauci had a unfortunate ‘hot mic’ moment when his take on a Republican senator’s questioning became rather more public than he thought it would.

Well, it was unfortunate for him and supremely satisfying for everyone else.

Fauci, the director of the National Institute of Allergy and Infectious Diseases, had just had a heated exchange with senator Roger Marshall who appeared to be alluding to some sort of financial cover-up.

During Tuesday’s hearing of the Senate Committee on Health, Education, Labor and Pensions the senator questioned whether Fauci should have a publicly available financial disclosure form.

Just to reinforce his point, Marshall had a giant cheque made out to Fauci put up behind him, which is probably an indicator of just how seriously you should take him.

This is the exchange which led up to it.

“You’re so misinformed, it’s extraordinary … what are you talking about” — Fauci to Roger Marshall pic.twitter.com/mKsrUUfUdx

And here’s an edited highlight or two.

Roger Marshall: ‘Where would we find it?

Anthony Fauci: ‘All you have to do is ask for it. You’re so misinformed it’s extraordinary.

RM: ‘There’s an air of appearance that maybe some shenanigans are going on …’

AF: ‘What are you talking about? My financial disclosures are public knowledge and have been so … you are getting amazingly wrong information.’

AF: ‘It is totally accessible to you if you want it.’

AF: ‘To the public. You are totally incorrect.’

It prompted no end of responses on Twitter. Here are our favourites.

This truly captures how all of medicine is feeling right now https://t.co/icAJgru1Xa

No fucks left Fauci is my favorite Fauci. https://t.co/OpbsLm7fPd

The quiet part many of us have wanted to say out loud at congressional hearings… https://t.co/zc1IB1I4Cs

Sometimes the hot mic is what we need. https://t.co/xVkS77kveG

Here’s what Marshall had to say later.

Calling me a moron during a Senate hearing may have alleviated the stress of the least trusted bureaucrat in America, but it didn’t take away from the facts. We need the truth Dr. Fauci! pic.twitter.com/GyfdppfNgn

And this was the winning response.

You have aptly proven that the truth does nothing but offend you.