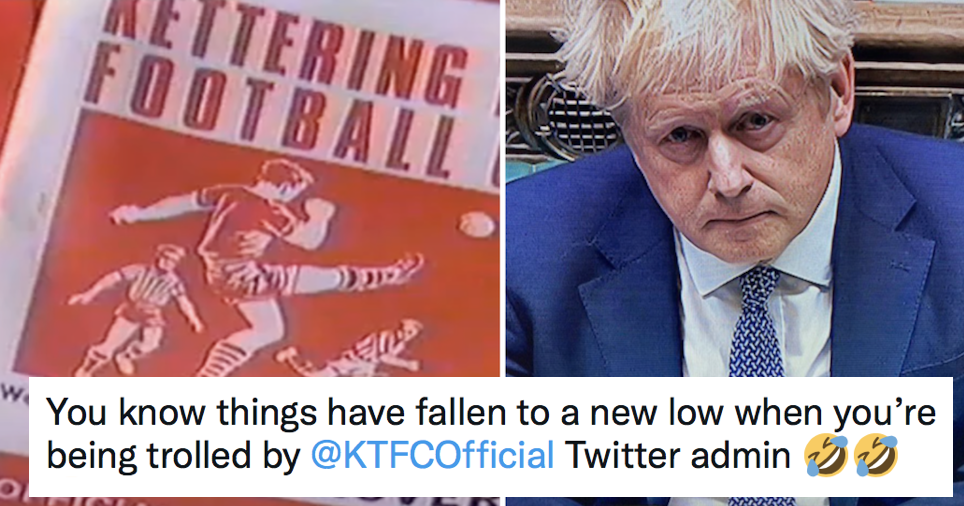 There are plenty of tweets out there which you might seize upon as evidence of the standing of ‘prime minister’ Boris Johnson and the amount of respect people have for him right now.

But we reckon this one might sum it up best.

It’s Kettering Town FC who play in the National League North, the sixth tier of English football and the first club to wear sponsorship on their shirts, according to Wikipedia.

Anyway, before we disappear down that particular rabbit hole, here’s how the Poppies went viral with their response to Boris Johnson’s ‘I thought it was a work event’ garden party excuse.

We agree and understand that there have been rumours that we lost last night’s match.

We, of course, could’ve done things differently, but would advise people to await the outcome of Sue Gray’s inquiry before jumping to any conclusions…#AfternoonPrimeMinister | #NN15 | #KTFC

Boom (they lost 1-0 to Brackley Town, for completists’ sake).

Was it a bring your own ball work event?

Having spent my early childhood not far from Kettering, this made me laugh https://t.co/3mhPBGkyPL

Get the whitewash out 🤣🤣 https://t.co/EgO7URW3DI