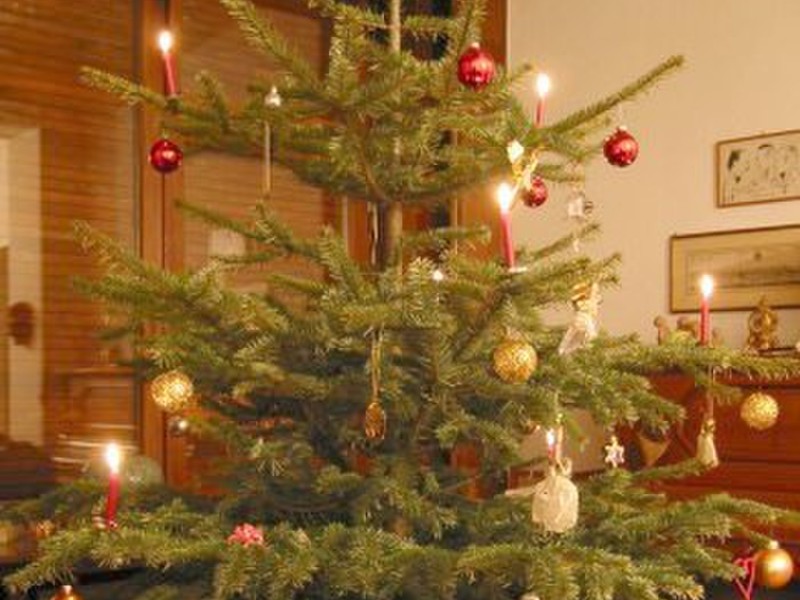 SASKATOON – A Christmas tree still on display in the Miller household’s living room is uncertain if the family that purchased it is planning to celebrate Orthodox Christmas, or if they’ve just been too lazy to throw it out onto the curb for collection.

“This is driving me crazy,” the tree said. “I’ve been decorated for weeks, so I figured they’d be celebrating the birth of our Lord Christ with me on December 25. Instead they went out! Were they having Christmas at a relative’s house, or did they just, like, go to the movies because it was just another day for them?”

The tree has been attempting to discern the household’s religious disposition from its surroundings, but has been severely hampered by its mobility.

“I think that’s an icon of Mary on the mantelpiece, but it could just be a weird family photo. And I don’t see a single Julian or Gregorian calendar in here. This sucks. Stupid Great Schism of 1054,” the tree muttered.

“You’d think it would be obvious based on the present situation, right?” the tree said. “Well guess what, chump; the Millers decided to not exchange gifts this year. And they’ve actually stuck with that! Stupid non-materialistic bastards.”

While the tree has been hearing music and movies from other rooms, it’s been unable to determine if the media was Christmas-oriented. It assumes the truth will be revealed when the Miller family returns home in the evening, but the stress of its uncertain fate has caused it to lose a significant number of needles.

“There had damn well better be some yuletide joy tonight,” the tree said. “The Millers have barely been remembering to water me. Can you imagine if they turn out to be a bunch of punk-ass agnostics who leave me standing here for another month? I’ve got compost to turn into!”

At press time, the tree was asking the ficus if it could see any traditional Christmas perogies and borscht in the kitchen.