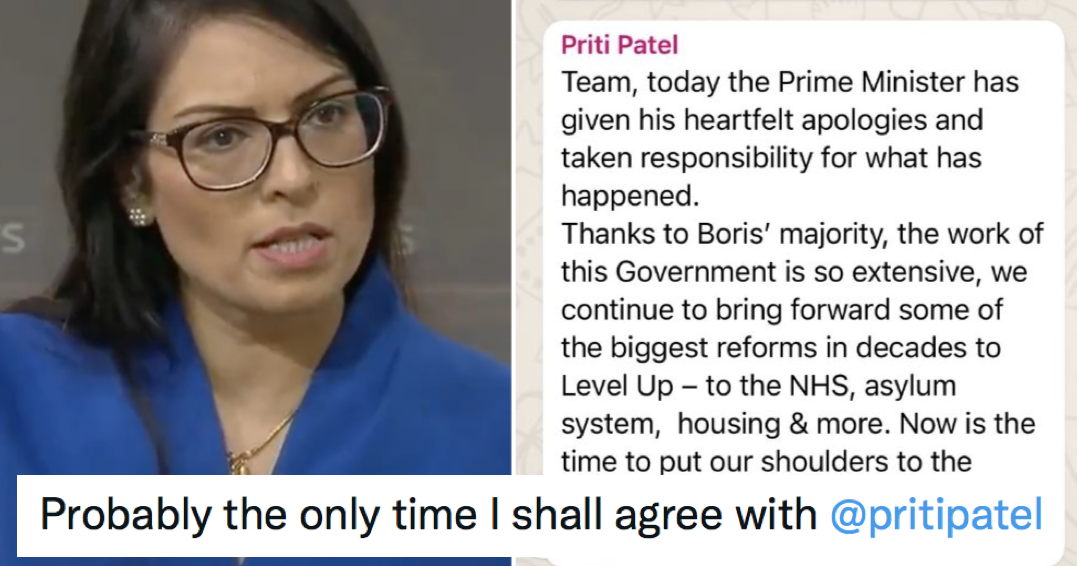 Here’s what she had to say on a Conservative WhatsApp group AKA a press release.

Home Sec Priti Patel returning the PM’s loyalty to her during the bullying row by going out to bat for him in a rare appearance on the Tory MPs’ WhatsApp group… pic.twitter.com/b3ki5l71sb

And it prompted no end of responses as you might imagine, but the best riposte surely came from Patel herself, who had this to say at the height of lockdown.

Probably the only time I shall agree with @pritipatel pic.twitter.com/75p03T0McM

The clip went viral today and here are just a few of the things people saying about it.

As Home Sec she’s responsible for upholding the rule of law for all. Not one rule for your mates & another for everyone else pic.twitter.com/ZrGtCl6jS1

Illegal gatherings are an insult to those hospitalised with covid and should be reported to the police update pic.twitter.com/LJBtUXsvRA

Then:
“If there was a big party taking place it would be right to call the police”

Hey @pritipatel @Conservatives is this you? pic.twitter.com/k08BCg5qu3