You Don’t Know What You’ve Got ’Til It’s Gone: 6 Of Greg’s Boring-Ass Posts About Basic Meals He Ate We Sadly Took For Granted Before He Died

Sometimes it takes losing something to realize how important it was to you. Here are 6 of Greg’s mind-numbingly boring posts about pedestrian meals that we ignored when he was alive that take on a completely different level of significance now that he’s gone.

1. The spaghetti that looked like it was cooked by a child

Greg was a great guy, but when he was alive, not a single person he knew spent more than half a second scrolling past this absolutely standard plate of spaghetti he posted because it was so goddamned uninteresting. Looking back, it would have been nice if the post had received more than two likes, and maybe a few of us would have commented, “Great looking meal, Greg!” or possibly, “Spaghetti, eh? Awesome!!!” But hindsight is 20/20.

2. When he went to McDonalds and only got fries 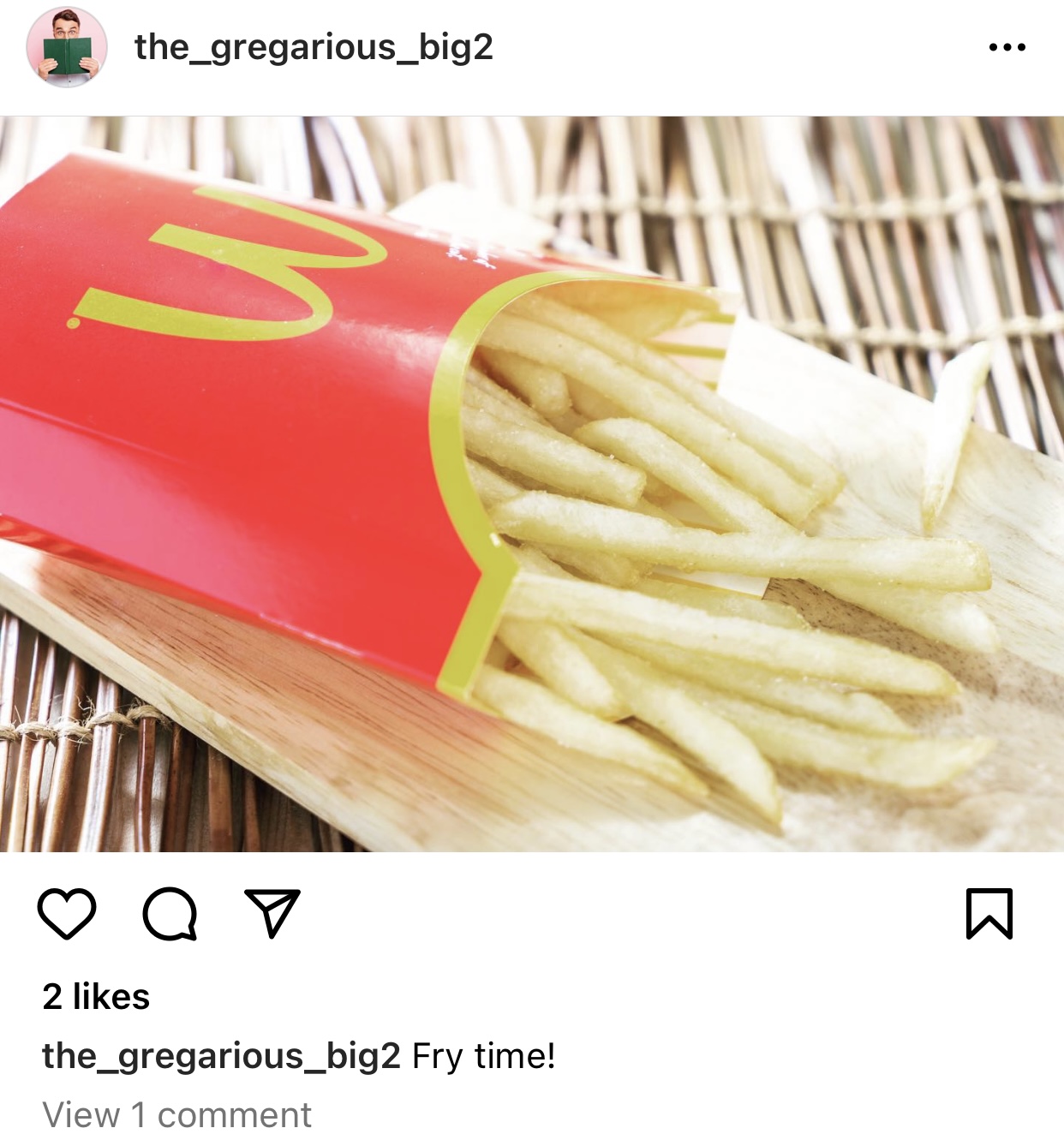 We’d give anything to be able to go back and ask Greg if he wasn’t that hungry, or just wanted a snack, or what exactly his deal was when he decided not to get a nice juicy burger or some nuggets to go with these fries, but alas, we cannot. It’s amazing how much more meaningful a banal post like this becomes after the person who made it is killed in a tragic motorcycle accident at the age of 29.

3. When he wrote an entire fucking novel about how he was trying to eat more salad 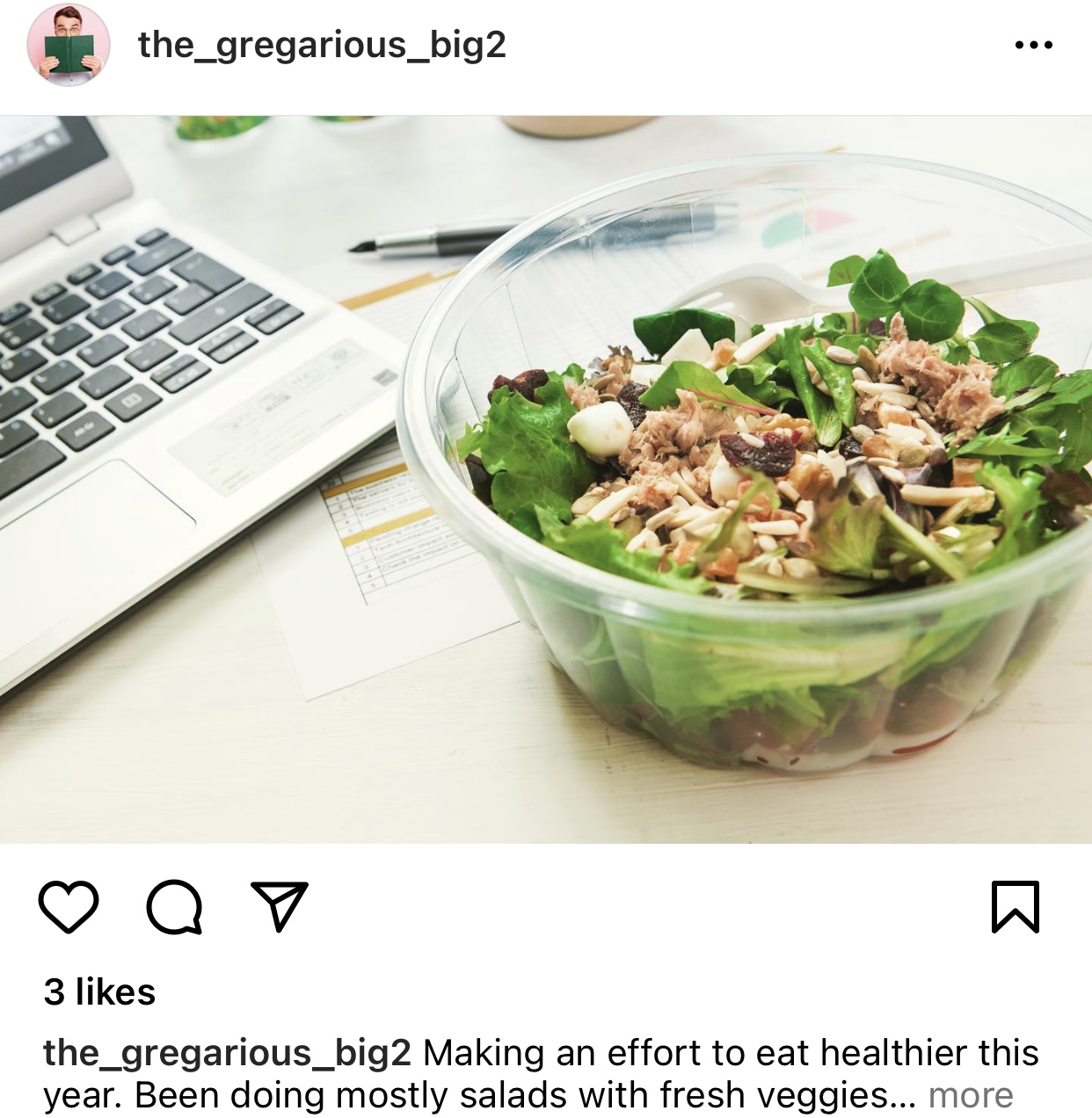 When we found out about Greg’s death, our thoughts immediately turned to how we’d never taken the time to care about his super lame posts—like this one, where he used 2,000 characters to claim he was healthier after starting to eat salads even though he had clearly only done so for like, three days. Why did we ignore Greg’s food posts? Was it simply because they weren’t interesting at all?

4. The spaghetti he posted 6 days after the other spaghetti post 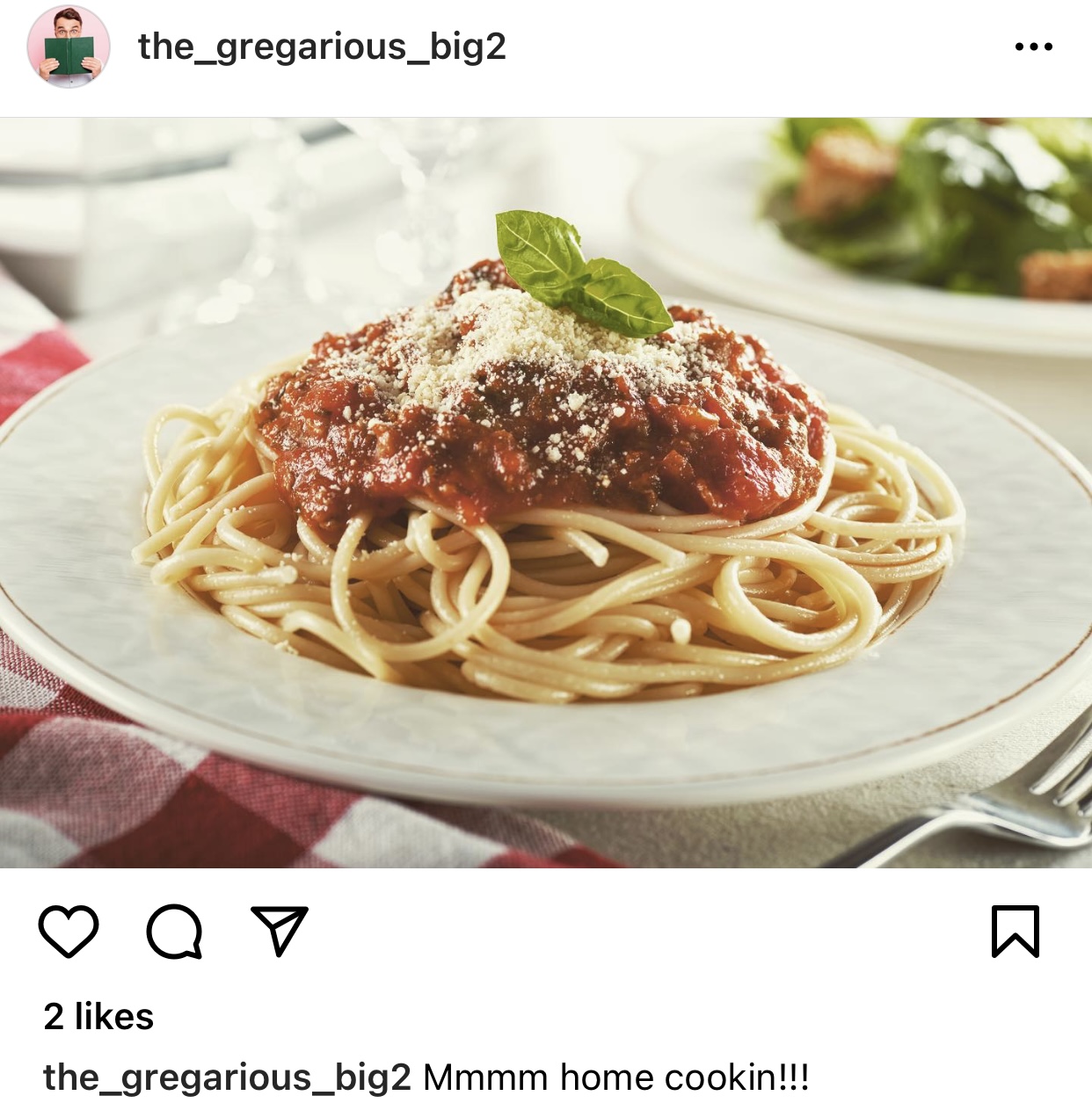 The piss-poor photography, the snooze-worthy subject matter, the embarrassingly lame caption…It was just all so Greg. We’re going to miss you, buddy. We’d give anything to see you post about spaghetti a third time. 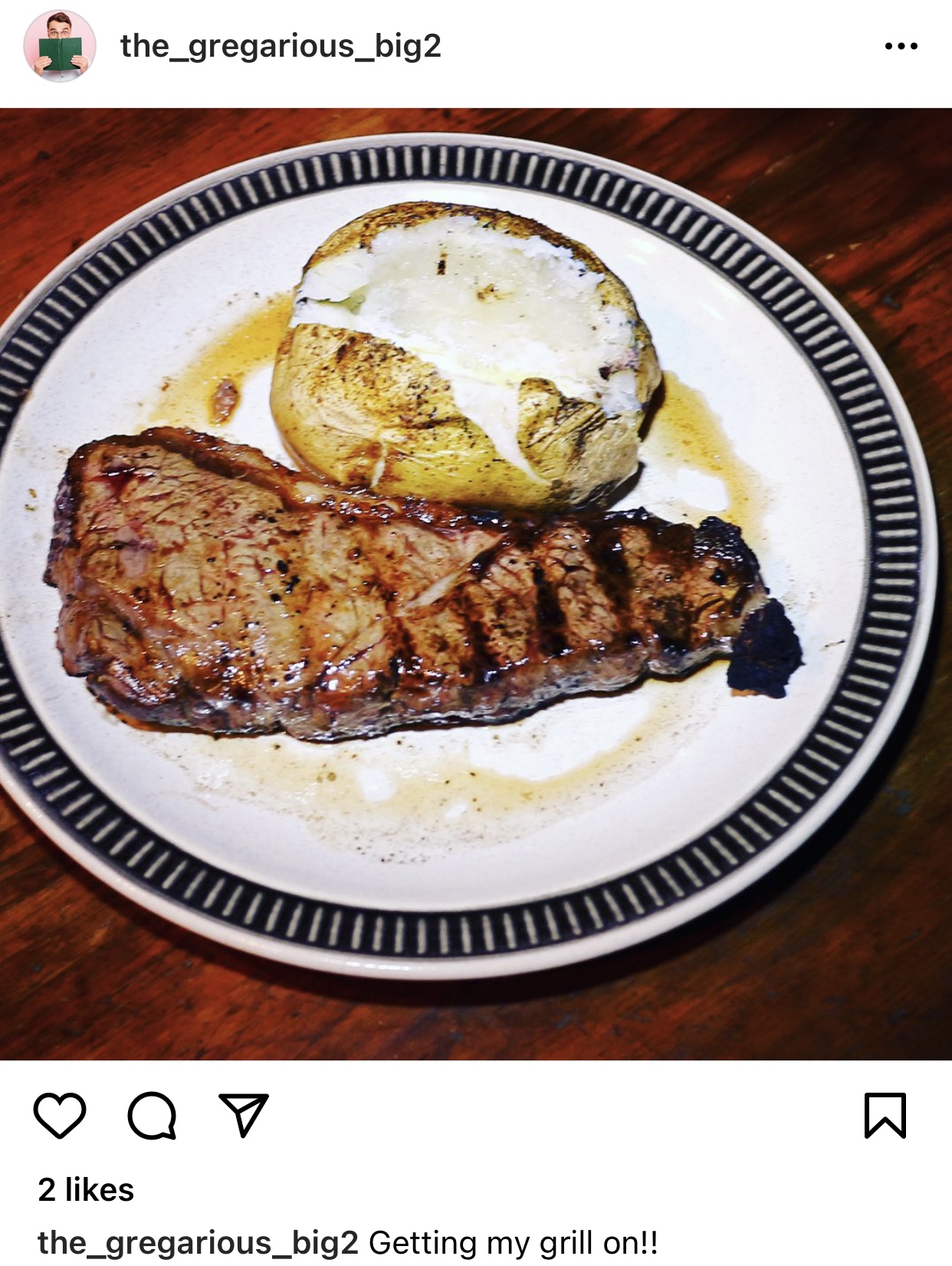 Wow. Powerful. There’s something about Greg being dead that makes this post about a basic-ass steak he grilled take on a whole new meaning.

6. The tuna sandwich that ended up being the post everyone left their farewells on because it was his last post 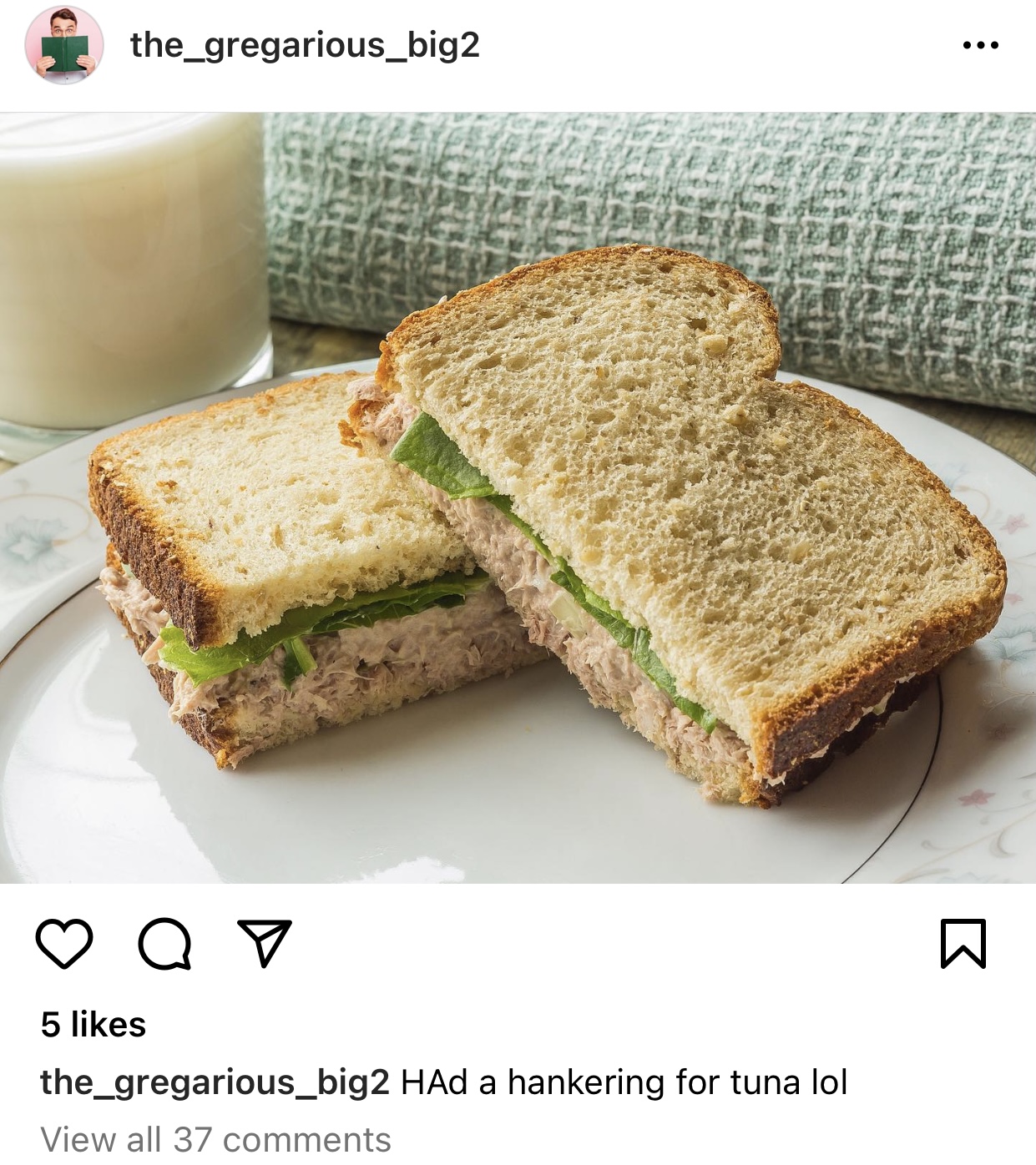 We love you, Greg. We’ll miss you, and we promise we’ll never take another lame food-related post for granted.